Bonafide Rojas is the author of Notes On The Return To The Island (Grand Concourse Press 2017), Renovatio (Grand Concourse Press, 2014) When The City Sleeps (Grand Concourse Press, 2012) & Pelo Bueno: A Day In The Life of a Nuyorican Poet (Dark Souls Press, 2004). He appeared on Def Poetry Jam (Season 4) & Spitting Ink. He has been published in numerous anthologies ​& journals: Saul Williams' Chorus, Bum Rush The Page, Role Call, Learn Then Burn (Pts. I & II), Me No Habla Con Acento, The Centro Academic Journal, The Hostos Review, The Acentos Review, The Calabash Journal & Palabras. He is the bandleader of THE MONA PASSAGE & has performed internationally at various venues, institutions & stages. 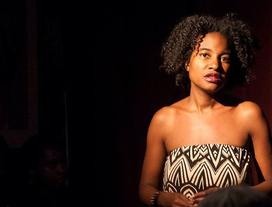 Mariahadessa Ekere Tallie is the author of Dear Continuum: Letters to a Poet Crafting Liberation (Grand Concourse Press) and Karma’s Footsteps (Flipped Eye Publishing). She is the Poetry Editor of the literary magazine African Voices. Her work has been published in North American Review, WSQ: Women’s Studies Quarterly, Black Renaissance Noire, VIDA, Crab Orchard Review, BOMB, Paris/Atlantic,​ and Listen Up! (One World Ballantine). She was also featured on The Missouri Review Soundbooth as a runner-up in their 2014 audio poetry contest. Tallie’s work has been the subject of a short film “I Leave My Colors Everywhere.” She is the recipient of a 2010 Queens Council on the Arts grant for her research on herbalists of the African Diaspora. She earned an MFA from Mills College and has taught literature and composition  at York College and Medgar Evers College in New York City. Her children, the young people she meets as she travels, and justice are her biggest inspirations.  ​  http://www.ekeretallie.com 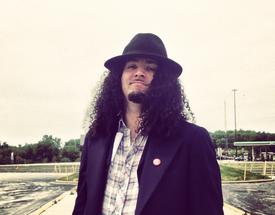